Also called forehead lift, a eyebrow lift surgery is a common surgical procedure that targets the restoration of the area above the eyes to make it more youthful and refreshed. This operation takes care of the horizontal lines on a person’s forehead that oftentimes make him/her look older, angry, tired, and stressed. The brow lift also targets drooping brows and lateral hoods, the area where droopy flaps hang near the outside corner of one’s eyes.

Oftentimes, a facelift is performed together with the forehead lift to result in a more favorable and smoother look to one’s face. Also, blepharoplasty (eyelid surgery) is also another operation that may be done in conjunction with a brow lift, particularly for patients who have more skin overhang sag around the area of the upper eyelids. Some patients find that the forehead lift delivers more positive results in stretching out drooping eyelids compared to having eyelid surgery.

Drs. Hall and Wrye will be analyzing your facial structure, skin condition, hairline, and muscular activity during your initial consultation to assess which of the three common surgical approaches will best meet your goals: (1) Browpexy, (2) endoscopic forehead lift, or (3) classic or “open” method. 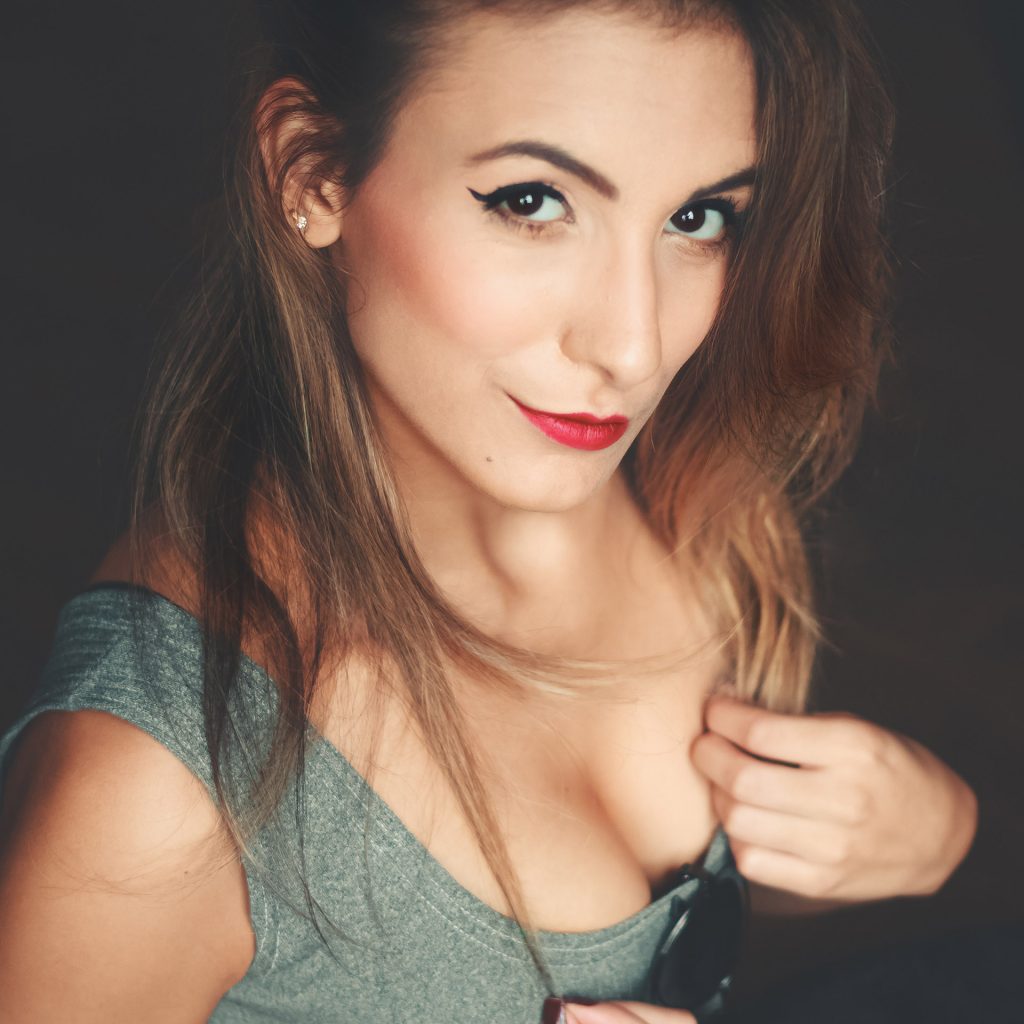 HOW IS A BROW LIFT DONE?

In a brow lift procedure, the doctors remove the tissues and skin that cause furrowing and drooping to reveal a smoother finish to one’s forehead. The eyebrows are also raised in order to eradicate frown lines. The assessment of Drs. Hall and Wrye and your own special needs determine if the conventional method of surgery will be used, which involves hiding the incision behind the hairline. Another method may also be used, which involves the use of an endoscope – this is a viewing surgical instrument which will result in minimal incisions. Regardless of which method is used, the results will still be the same – a younger appearance due to a wrinkle-free forehead. The only difference between the methods discussed is the area and length of the incisions.

HOW IS A CLASSIC FOREHEAD LIFT DONE?

The operation begins first by gathering your hair into a ponytail which will be held place by rubber bands located on both sides of the area where the incision line is to be placed. No shaving of hair will take place, but the hair that grows in front of the area of the incision may possibly need to be trimmed. A headphone-like pattern will be followed during the coronal incision, which starts near ear level and runs up to the top of one’s forehead and into the other side of one’s head. The scar from the incision will not be visible, as the incision is made in such a way that it hides just beneath the hairline, making it invisible. However, if you have a high or receding hairline, your incision will be marked just on your hairline to reduce the illusion of having a higher forehead height. Bald patients or those who have rapid hair loss experience the mid-scalp incision which traces the skull’s natural pattern. One way of hiding scars even further is to wear one’s hair down or trim the hair to wear bangs.

After proceeding with the incision, the forehead skin is lifted in order to alter the underlying tissue and muscles of the forehead. Within this phase, the eyebrows may be elevated and the excess skin found at the incision point may be reduced in order to achieve a more youthful and smoother finish or appearance. After all alterations are complete, stitches or clips are then used to close the incision. To prevent irritation, a complete cleaning of the face will then be done, to be followed by the removal of rubber bands from the hair. Drs. Hall and Wrye may opt to use gauze padding or elastic bandage to cover the incisions.

HOW IS AN ENDOSCOPIC FOREHEAD LIFT DONE?

The same preparations as the traditional procedure are still required of the endoscopic method of the forehead lift. The patient’s hair will still be tied back, and the hair over the hairline where the incisions are to be made will still be trimmed. The difference between the traditional and an endoscopic lift, however, is the absence of the coronal incision typically done in the traditional lift. Instead, 4 or 5 relatively small incisions on the scalp will be made, each measuring just a little less than an inch. Then, a pencil-like camera called the endoscope that’s attached to a monitor will then be inserted inside one incision, presenting to the surgeons a clearer view of the muscles and tissues beneath the forehead skin. Another instrument will then be inserted through another incision to do the job of lifting the forehead skin and altering of the muscles and tissues to result in a smoother, improved appearance. The surgeons may also lift the eyebrows to a higher position by securing them in a new place using sutures or temporary fixation screws. After the whole lifting process, the incisions on the scalp will then be closed using clips or stitches, the face will be washed, and the wounds will be covered using gauze or elastic bandage.

Our cosmetic surgery team is dedicated to providing our patients with safe, effective surgical and non-surgical treatments for all areas of the body. Our board-certified plastic surgeons and medical aesthetician focus on the relationship they build with each patient while helping them understand the procedure process.

AM I QUALIFIED TO GET A BROW LIFT?

A physically fit body is always needed for any type of surgery, as well as realistic goals. Most people who choose this surgery are between the ages of 40 to 60 years old, in order to minimize the apparent signs of aging on their face. But younger patients, especially those with early signs of furrowing and wrinkling due to stress, also undergo the forehead lift to regain their youthful appearance. Also, patients who have inherited naturally low and heavy brows and premature lines also correct these conditions using the brow lift. Bald patients and those with receding hairline who have previously undergone eyelid surgery may still qualify for this procedure – Drs. Hall and Wrye will just alter the location of the incision in order to accommodate the current condition of the balding or hairline receding.

WHERE AND HOW WILL THE OPERATION GO?

Drs. Hall and Wrye will perform the brow lift in a surgery center that is fully accredited, or inside a hospital outpatient facility. General anesthesia will be used for the operation, which will typically be completed in about one to two hours.

WHAT WILL I DO DURING RECOVERY?

There will be a significant difference between the recovery of a patient who underwent a traditional brow lift as compared to one who had the endoplastic method done on them. Numbness and temporary discomfort will be felt by those who had the classic forehead lift, and this can be minimized by following a prescription medication to be given by the doctors. Patients will be required to maintain their heads on an elevated level in order to minimize swelling. The eyes and cheeks may also experience slight swelling following the surgery – however, this should be gone after one week post-surgery. Following the numbness felt in the incision areas, itching may be experienced which may last for up to 6 months until they fully disappear. Bandages will be removed after one to two days following the surgery, and the stitches will consequently be removed after two weeks. Temporary hair fall may happen on the operated area, but normal hair growth will resume after a few weeks. No permanent hair loss will happen.

In the case of patients who underwent the endoscopic lift, numbness and swelling will also be experienced which will be controlled by prescription medication. Less itching is usually experienced among patients with this kind of lift. Staples and stitches are removed a week after the operation, and the fixation screws after two weeks.

A patient will be able to get up and move about during the first few days post-operation, but careful measures in doing activities still need to be observed. After two days, washing and shampooing of the hair is already allowed – this period of time can even be shorter for endoscopic patients. Avoid vigorous physical activity such as exercise, heavy housework, bending, sex, or anything that can pump up your blood pressure. Exposure to the sun should also be limited for the next several months. After about three weeks, the visible signs of surgery will be gone, and the bruising can be concealed using makeup. As weeks will pass, you will begin to feel better and more energized.

HOW WILL I LOOK AFTER SURGERY?

The results of the eyebrow lift procedure are generally favorable, and patients are happy with the results no matter which of the two surgical methods was applied. Patients will see just how much they have aged due to the sagging and wrinkling of their forehead just by looking at their renewed appearance post-surgery. Forehead lifts do not magically stop time for you, but you can significantly delay the aging process by undergoing this procedure and perhaps doing it again after several years. Dr. Hall and Dr. Wrye are experts in eyebrow lift surgery located in Reno, Nevada, call us now for consultation 775-284-8296.

Learn from our experience, view our Before & After Gallery